The list is arranged alphabetically in Danish. You can either look up particular words or phrases that are causing you trouble (ctr + F), or you can browse alphabetically. We recommend that you familiarise yourself with the list by reading through it. You’re bound to find pits you’ve fallen into already without even knowing it. Once you’ve familiarised yourself with the contents of the list, you can return to it to refresh your memory as needed.

Non-native speakers of English tend to confuse adjectives and adverbs. Both add detail to a sentence by providing additional information about other words.

Given the international focus of the programme

Some adjectives end in –ly. These cannot be used as adverbs.

Get around this problem by rephrasing:

She smiled in a friendly way.

He gave a silly laugh.

Adverbs modify verbs, adjectives, other adverbs and sentences. Adverbs are easily recognised because they end in -ly (with a few exceptions). Most adjectives can be turned into adverbs through the addition of the suffix –ly.And generally, if a word answers the question how, it is an adverb.

She was walking slowly. (How was she walking?)

The degree is offered internationally.

She was walking slow.

She was really happy. (How happy was she?)

She was real happy.

Given the increasingly competitive atmosphere of the programme….

Given the increasing competitive atmosphere of the programme….

Examples of adverbs modifying other adverbs

She spoke very loudly. (How did she speak?)

Surprisingly, Stalin failed to annex Belgium before finishing his vodka.

Surprising, Stalin failed to annex Belgium before finishing his vodka.

Adverbs and adjectives that have the same form

Some adjectives and adverbs have the same form: for example, a fast car goes fast – or, if you do hard work, you work hard.

This is hard work. (adjective)

You work too hard. (adverb)

Of course, gerunds can be problematic in their own way. To find out more, see the Purdue Owl Online Writing Lab article on gerunds, participles and infinitives.

What is a participial -ing form?

An -ing form of a verb that is used as an adjective (Past participles ending in -ed, -en, -d, -t, -n or -ne can also be used as modifiers, but that’s another story.).

Being verbal forms, participles express action or a state of being. But grammatically they function as adjectives:

You can use participles to construct more or less complex participial clauses that modify nouns.

Removing his coat, Nick returned to his seat.

Arriving at the restaurant, I found that it was closed.

Carrying a heavy bag of groceries, he caught his foot on a step and tripped.

Coming down the stairs for dinner, I smelled the cinnamon buns.
(The participial phrase modifies 'I', which makes sense.)

In other words, avoid dangling modifiers (i.e. participles and participial phrases that describe an action that has no doer).
This means that you must make sure that your participial phrase has a clearly identifiable noun close by to modify. Your modifier will dangle if the noun it modifies appears in an earlier sentence or doesn’t appear at all – which will confuse your reader.

After reading the original study, the article remains unconvincing.
(Who read the study?) 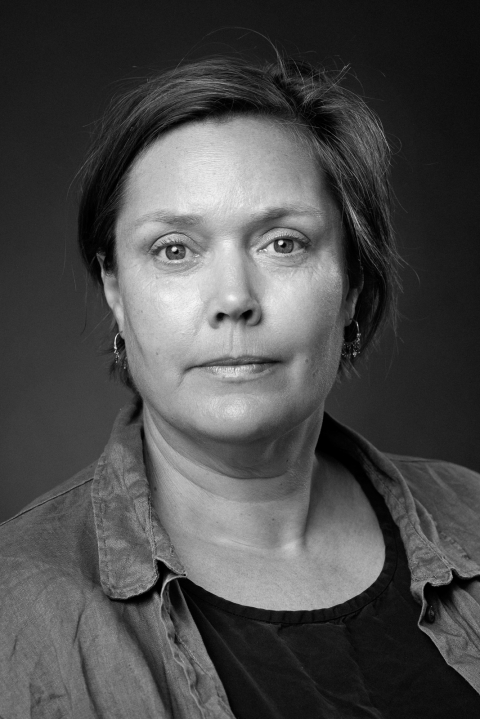